Recorded in the UK by Nimbus Records.
From the notes: the rudra vina is a "plucked chordophone of the stick-zither family." 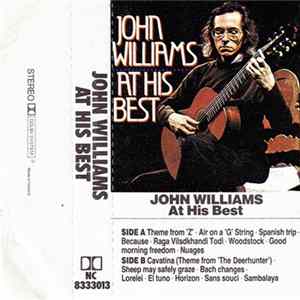 John Williams - At His Best