Issued in a standard jewel case. 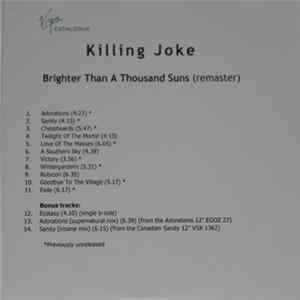 The Deluminated - The Killing Joke Killing Joke - Down By The River Killing Joke - Hosannas From The Basements Of Hell