Albums related to Frederick Knight - I've Been Lonely For So Long / Lean On Me: 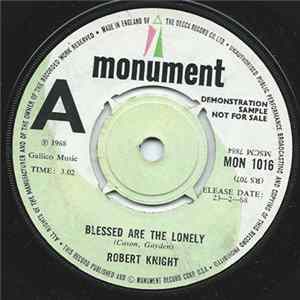 Robert Knight - Blessed Are The Lonely / It's Been Worth It All Patterson Twins - To Be Lonely The Precisions - If This Is Love (I'd Rather Be Lonely) Elvis Presley - I'm Yours / (It's A) Long Lonely Highway Blue U, Blue Me - I've Been Lonely For So Long / Melinda Marie